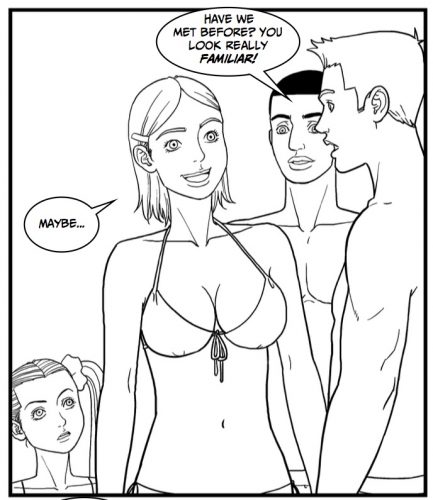 Madison looks on as Austin checks out Zoe in Flu Shots Part Three.

Poor Madison has lots more humiliation in store in Flu Shots Part Three. While big sister Madison keeps regressing, Zoe has another growth spurt. And she has her eye on Madison’s boyfriend Austin!

[It looks like Flu Shots will end up being 5 parts long, so stay tuned!]

Next after that is Bojay’s GTS / SM / SW comic called Comic Con. As mentioned before, the comic features  sexy cosplay ladies casting growing and shrinking spells on the girls and guys at the comic convention. Comic Con is in two parts, with some of Bojay’s best art ever.

There are more comics in the works, including some fun Giantess and AR / AP themes!