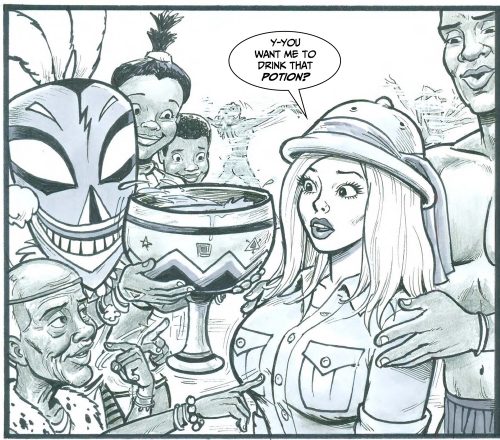 Jeena becomes a big part of the ceremony in Kinky Kong One.

A fun Giantess / Female Growth / Breast Enlargement comic by Bojay. Explorer Jeena visits an African village and take a strange potion that turns her into a GTS version of King Kong.

Story Summary: Cute explorer Jeena and her froend Stanley visit an African village to research their local culture. But Jeena becomes a very big part of the ceremony when she drinks a strange potion. Kinky Kong has some incredibly detailed drawings featuring Bojay’s very fertile imagination.

This is Part One of a Two Part comic.

10 thoughts on “Kinky Kong Part One”