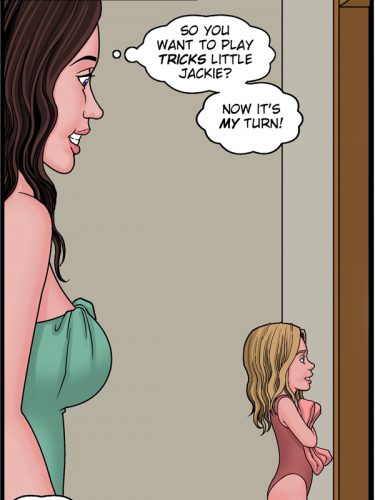 Serena finally has Jackie right where she wants her.

Here are the latest comics in the works.

Little Joker Two: With Jackie shrunk to a little girl, her sister Serena finally gets to turn the tables on her.

As noted before, the next Yard Work is in development, but will take a while. Please stay tuned!

Plus more Giantess and Age Regression comics in the works!